Why do we all need PHOENIX?

In the intentions of the European Commission, the process of ecological transition – called the European Green Deal will concretize in the reduction of the CO2 impact, and it will take place in two steps: the first target is to reduce the emissions by 55% by 2030, while the second objective is to make Europe the first climate-neutral continent by 2050.

The achievement of these objectives will need the effort and resources of the whole European society, from the administrative to the political level, from companies, industries and social actors to civil society and citizens. We can consider that the European Union is prepared to face this challenge, due to its long-period experience in the enforcement of multilevel governance practices, that have guaranteed, in time, the involvement of the local levels in the implementation of the structural funds, in particular the regional policies and the cohesion ones. Yet, is the EU ready for real collaboration with its citizens? 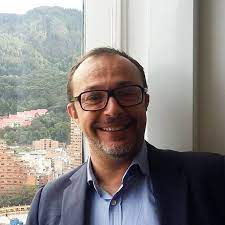 For sure, the Conference on the Future of Europe have proved the will of increasing a direct dialogue between the main EU institutions and European citizens, and other investments are trying to trickle down a more intense relationship in different levels of EU territories, but more diverse and careful practices are needed. And they must involve also candidate countries, which will probably be part of Europe in the next decades, but so far have been partially ignored.

From decarbonization to the energetic community, from sustainable mobility to the rethinking of industrial production, this technological and social revolution will show its effect in a plurality of fields. The ecological transition will not impact only the management of economic and environmental resources but also citizens’ lifestyle. More than just disputing the economic model, the idea here is to rebalance the relationship between human beings and the environment, meant both as anthropized and natural.

Thus, the reach of the ecological transition appears therefore historic: while we are not denying the importance of choices of industrial and energetic policies, clearly it is equally important that the environmentalist logic and narratives involve the whole society. Most of all, this process should not forget about social vulnerability of people and minorities and should always be guided by the idea that nobody (and no place) has to be left behind.

The ecological transition should therefore imply the involvement not only of the centre – typically the cities, where development and innovation take place – but also consider the periphery, in order to guarantee that such a process would concretely produce an improvement in the living conditions, in the opportunities and in the perspectives of the outsiders: in other words, to make the ecological transition a just transition.

The Eighth Cohesion Report of the European Union clearly states the importance of investing in training, cross-border employment programmes, gender mainstreaming and construction of intergenerational and equality-oriented policies, but it also shows awareness of how much funding is far from being evenly distributed across the EU Member States and regions, including that related to build research and innovation capacity for ‘Widening participation and spreading excellence’ activities that could link the transformation of development direction, to the improvement of the quality of life for citizens.

In any case, the report fails to focus on how diverse and asymmetric the “cultures of participation” in the different countries are, and how much cross-fertilization of deliberative and participatory practices is needed to make them more incisive and impactful in the transformation of policies.

The cultural side of ecological transition must be related to the political sphere. It is an inherently political process, given the fact that disputing the development model also questions the distribution of the resources available. Against this, there is significant room for improving Democratic Innovations (DIs). European societies should be imagined as a widespread laboratory of democratic practices, in which the environmental issue would be enhanced in a heterogenous multitude of contexts.

The COVID pandemic and the ongoing war in Ukraine have increased the urgency of radicalising the goals of the European Green Deal and diversifying the pathways to reach them; hence, citizens’ participation cannot be reduced to a mere means of acceptability and co-implementation of existing policy frameworks, but must be used to reimagine and reshape such frames and create new imaginaries.

which aims to enrich Democratic Innovations and test them in order to face the challenges of the European Green Deal in different situated contexts. By involving 15 international partners and bringing together practitioners, experts, and academics, PHOENIX’s overarching objective is to create a portfolio of methodologies and tools that will foster participatory and deliberative democratic mechanisms. Such methodologies will be then tested in 11 pilots and made available to the European territories.

The solutions to this threat should include everyone in order to be just, fair and effective – as policies require also changes in lifestyles to become more sustainable and impactful. Hopefully, the PHOENIX project will help us reach these goals, in tight collaboration with the many other projects that have been approved recently in order to improve the quality and intensity of our democracies, while also rethinking our models of development and relations with nature.